Hi Cats, can't see clearly from graph, what was kw and torque before and after mapping?

eloffmare wrote:Hi Cats, can't see clearly from graph, what was kw and torque before and after mapping?

Not sure it means anything as I believe these things to be very much affected by height above sea level, temperature, tyres etc, but good for a before and after comparison. But here it is:

eloffmare wrote:Hi Cats, can't see clearly from graph, what was kw and torque before and after mapping?

Not sure it means anything as I believe these things to be very much affected by height above sea level, temperature, tyres etc, but good for a before and after comparison. But here it is:

Whats awesome is the graph and where the peak torque sits in the revs, should be great for towing

Thanks Cats, now go and pull that monster caravan and give us some feedback, sure you are itching to do it!
Top

So feedback after a recent short towing weekend away is that it definatrly feels as if it has a bit more poke in low rev torque, even my wife mentioned that the engine sounded more relaxed.

So seems like the remap plus map sensor replacement did help to increase torque.

So yesterday decided that I am tired of the black rim look. Peeled off the Plastidip, which went reasonably easy as they say on the can. Had a bit of a struggle on the one rim but the rest went pretty easy. Key is that you must put the initial layers on thick enough, at the very least 5 layers. The thicker it is put on the easier it comes off in one piece when you want to remove.
https://youtu.be/X4-3GAvPftA
And a pic of the end result.
Here I am starting with the process on one rim. Took about 30min per rim to get most big pieces off and then a spray with pressure washer to remove some small pieces. Still have a few spots left but hope that will get removed while doing some sand driving in Dec.


Sent from my LG-H870 using Tapatalk 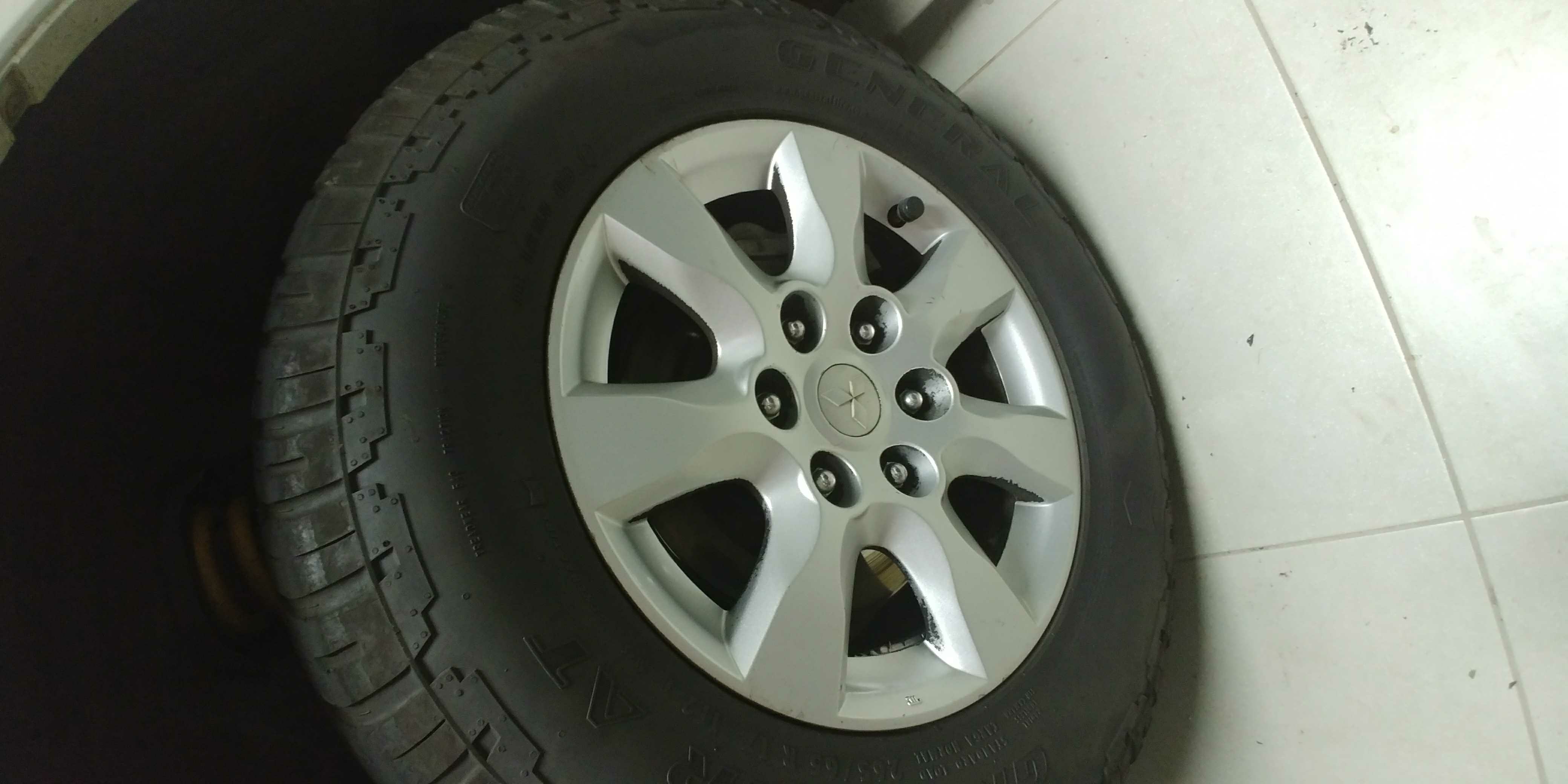 Last week eventually got to replace the shock absorbers on Casper. Vehicle now on just over 170000kms and the previous Gabriel HDP's, which was transfered from my old gen3 Pajero, Snoopy, was well and truly finished.

Due to trying to spend as little as possible I opted for KYB Excell G shocks, which apparently is standard factory fitment. Ordered at Midas after I sussed out the part numbers on the KYB website. http://www.kyb.co.za/kyb-catalogue . Price was R4865 for the lot. The Pajero monocoque suspension setup does not allow for longer shocks, even on a lifted setup, so buying standard shocks still work with my slightly higher stance due to uprated coils. Really wanted to try Bilstein, but maybe next time.
My hummble opinion is that no shock, no matter what makes lasts longer than 80000kms, especially on a SUV that does some corrugated gravel travel every now and again.

Fitment was done by Hi-Q in Centurion for just over R1000.

Car feels like new on the road. Will see how long they last with the stiffer coils, which might destroy them earlier than what I would like. But so far so good.

Looking at Tough Dog's , anybody have experience with them?

Busy having a set fitted as we speak, will give update tomorrow.

Sent from my ALE-L21 using Tapatalk