Need to do that with mine.

Is one of these kits sufficient for a full job

I looks like that kit includes 3 paint and 2 glossifier cans. I did not use the glossifiers on mine. Also I try and do at LEAST 5 layers per wheel. More is better as it is easier to take off in one piece, the more layers you put on initially. I would say 3 cans paint might be just one can short, but maybe with the glossifier it makes up for it? I also only sprayed the outside of the rim. If you want to do the inside as well I would say you need two kits. Personally I won't bother with the inside. I used 3 cans on mine but one can was original Plastidip and it seems thicker and more concentrated to me and the can lasted longer than the Liqued Armour so not sure if 3 is enough of that product.

Remember that more intricate rims will take more paint. Also remember that the product will seem soft initially after your 5 or 6 layers. Don't worry. Just fit it back carefully. The product will cure over the next few days and become more resilient.

Ok. I’ll buy the kit but add maybe two cans extra of black. So I can do the spare as well 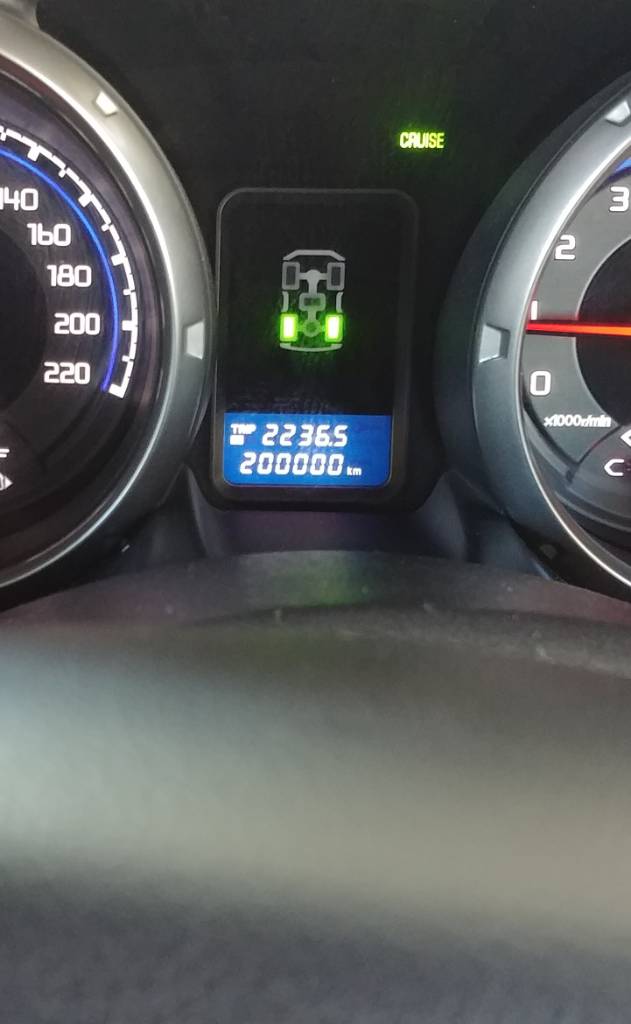 So I had a knock sound that could actually be felt at your feet sometimes when I hit the brakes or accelerating. Not always but often enough to irritate. At the last wheel allignment they reckoned that the front upper and lower control arm bushes were done.
So eventually took it in to check it out at Syd's Suspension parts in Pretoria. They reckoned that it also need new bushes on the stabiliser bar, new ball joints, etc etc. I caved in and agreed on a replacement of the lot. Cost was just short of R9000 which included the fitment and wheel allignment. The car was there for 4 days but I think they really only worked on it about one and a half day.


End result. It drives a lot better, nee car stability and tightness on the road. The knock is however back

Not impressed, but the money is probably not wasted as such, just a pity it did not resolve my knock/klap noise.
I however think it might be the aftermarket bashplate which the mechanic bolted on too tight at the last service. The holes are a tight match and I had it long ago where it was too much under torque and strain that in certain chassis flex situations it made a very similar klap noise. I will investigate more tomorrow.

Also fitted new tyres for my upcoming trip. Will post feedback on that later. 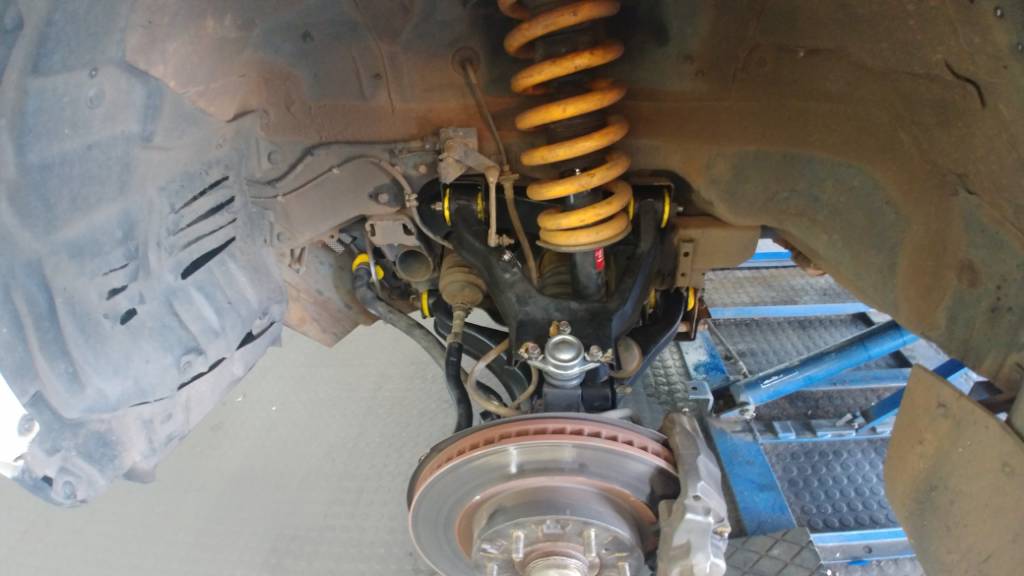 Still there but definately worse after a dirt road. Still think it is bashplate, but one bolt is stripped so cant remove. A well... Will investigate further after the holidays.

Prior to the tp also put new tyres on. Was really impressed by the previous General Grabber AT2's but they were not looking too good after about 70000kms of neglect and abuse. Still for the money at the time they did good.

One of my buying citeria is looks, OK call me vain, I did not like the new General Grabber AT3 look as much as the old one and again BF Goodrich was out of my set price range. So this time opted for the Pirelli Scorpion ATR Plus. Nice look and same load and speed rating as the old Grabbers.
First thing I noticed was how silent they were in comparison to the previous worn tyres. So far impressed. Did some wet roads, dirt roads with rocks and they performed faultlessly. Balance was also reasonably easy for such big tyres. I put

Hi Cats,
I respected the Grabbers' ability on my previous car (factory fitted), but I did promise myself to never buy them, because I thought they were noisy.

Sent from my SM-G955F using Tapatalk

I had that same knock on the Gen 3 for 8 years - could never find the root cause. It now also started on the Gen 4!

I am just going to let it be!

(Unless you spend more money to find out what it actually is for us!

Boss's Gen4 also had the knock.

My experience with knocks...

If metalling knock... Most probably the bash plates. I've gone through 2 sets of aftermarket plates - heavier and lighter ones. They are still stiffer than the suspension and you end up with bolts stripping and causing flex. I could usually diagnose this easily if you drive up a curb / rock - anything that makes the suspension flex a lot.

The other knock was a soft thud under the feet - turns out at a stage I dented my fuel tank, and while it seemed very superficial, the plates inside the tank which reduce fuel swish (or whatever) broke and I had to have the tank repaired by a proper welder.

Since then I only get thuds when the take is above 3/4 full - and stopping suddenly.