Got stuck? How to get unstuck. How to use your Pajero.
Post Reply
4 posts • Page 1 of 1

Came across this guy stuck in a storm drain on the highway. He spun out on the wet road - I didn't ask details but luckily the bakkie didn't get damaged at all. I just had to pull him out.

The helpers just gave us a slight lift to get the first leaf spring over the concrete that blocked it.

I must say - I was amazed how eager people was to help once I stopped first and the passing traffic was very accommodating in waiting and driving by slowly. 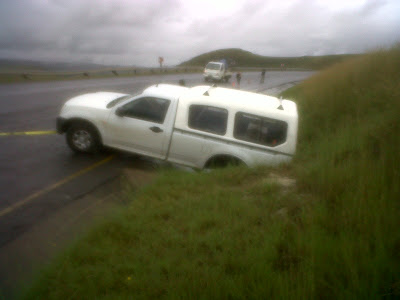 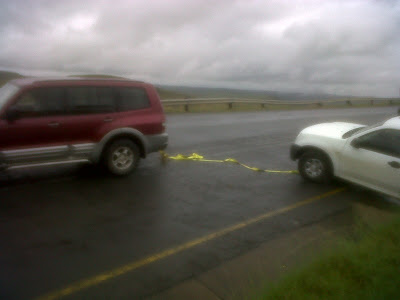 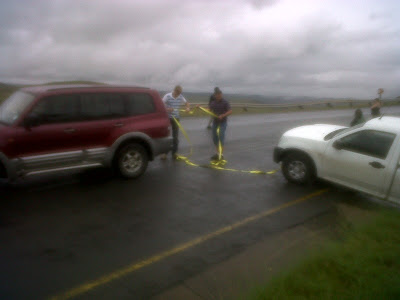 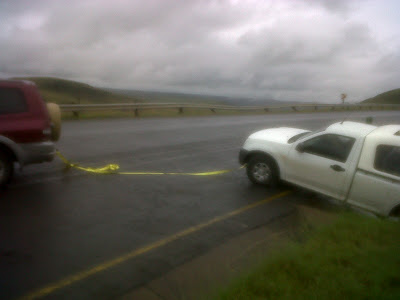 OK - Now I know what to get 4e Pikanien for his birthday - a Reflective vest!

Good of you to stop and help.

CATS wrote:OK - Now I know what to get 4e Pikanien for his birthday - a Reflective vest!

Good of you to stop and help.

funny enough. Come to think of it, that white and blue striped shirt I wore might be the reason the Bulls lost on Saturday!

mine had one in the back when i bought it.

before i had the pajero we were on our way to Magaliesburg and it was getting late and we stopped at an accident scene where a triton had just rolled with 7 passengers in. there were only one person who stopped at that stage and us then to. After running around like a mad hatter for some time trying to direct traffic as the accident happened on a bend in the road SWAMBO asked the man if we can give him a reflector jacket ....... he paused for a while with this dumbstruck look of disbelieve in himself and responded "I'm a police man, i got one in my car"